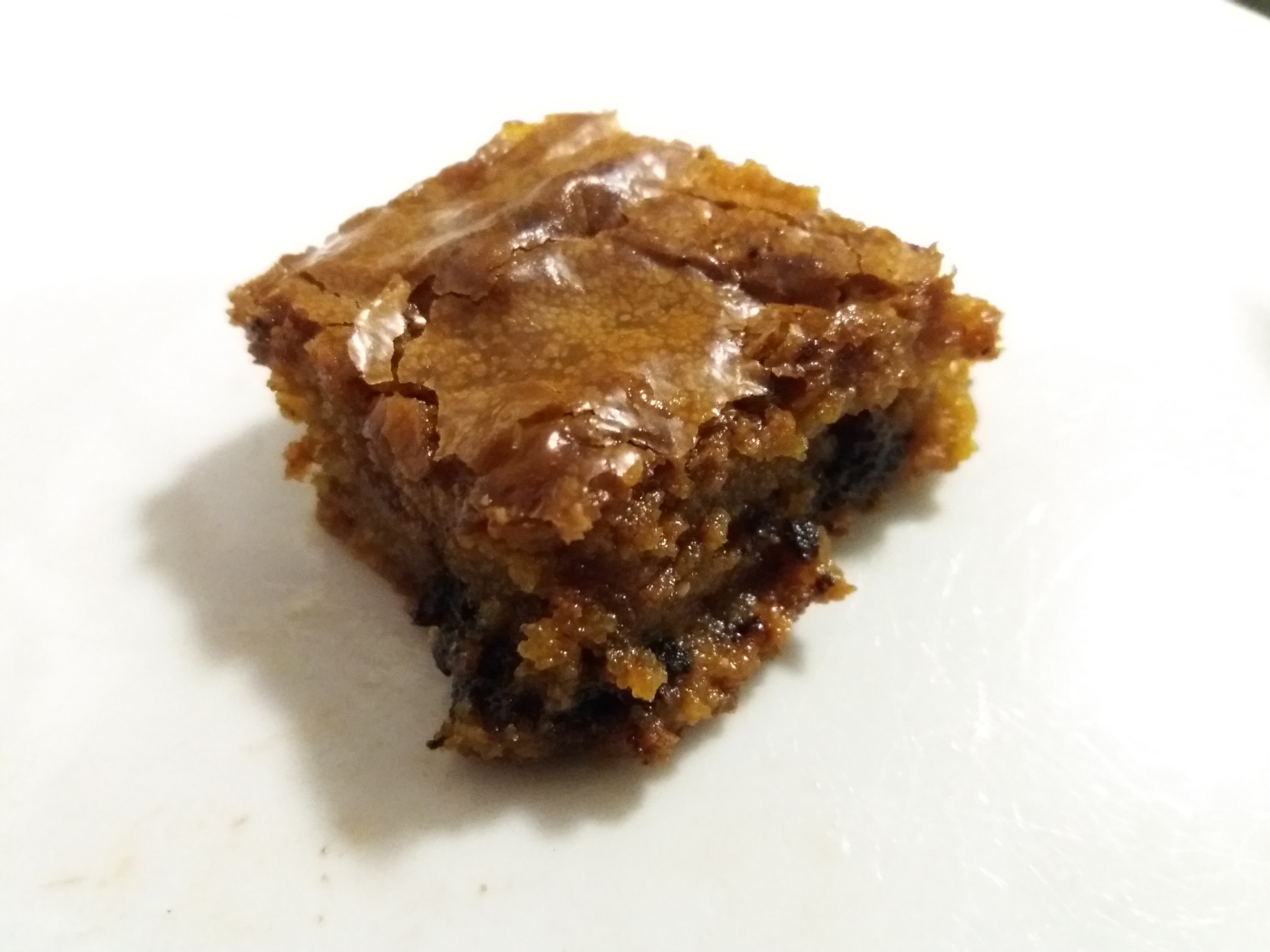 It’s not as if there’s no cricket, there’s plenty of cricket but tis not for my viewing because we don’t have a cricket channel anymore.

Amla just got a fifty and I missed it.

This is why we make yummy food. To distract us from not being able to see Amla batting.

So, dear sister Sfizzle has been advocating increased usage of nut butter for some time. I resolved to finally do something about this. Since cashews are nice and brown, it made sense to start there.

I decided to see what would happen if I replaced the flour content of my go-to blondies recipe with cashew butter and the result was delicious fudge (not blondies). But who needs blondies when you’ve got fudge?

The most important part of this recipe is not the kaju. It’s the 4tbs of butter heated in a pan till browned, and the ½ cup coconut sugar (or brown sugar but coconut is tastier) mixed in and heated till slightly caramelized. This is the part that makes the whole thing delicious, whether you want blondies and are using flour, or fudge and are using nut butter. So do this right. It’s easy.

Now you just mix in an egg and 1 tsp vanilla.

Here you make the decision, to gluten or not to gluten?

Add ½ cup cashew butter. Our cashews happened to be salted already. Don’t forget the chocolate chips. Bake for 20-30 mins, basically till it’s not liquid anymore. Then boom, fudge. It may look like uncooked blondies, but it’s not because it tastes and feels like fudge and more importantly, I say it’s fudge.

Either way, remember to eat while Amla is batting so you are not sad.

One thought on “Kaju Fudge…or Blondies?”