I was inspired to make an interesting apple concoction, due to a combination of AFizzle’s Beautiful Apple Crumble Recipe and a surplus of beautiful apples:

Now I know what you’re thinking: Wow, SFizzle, that’s quite an average-to-large amount of Apple you got there.

BOOM. Now, you’re thinking: Wow, SFizzle, that’s a GIGANTIC amount of Apple you got there!

Seriously, though, these apples are ginormous. I weighed one of them and looked up the average weight of a apple. The Google said normal apples weight 70-100g. Mine was 250g…

1 generous tbsp Honey
Chopped Apple (I put about 500g, then ate about 100g as I prepped it, normal people can maybe put less)
(Mix these)

Stuff everything into an oven container in the 3 respective layers, then bake. I approximated it to about 180C for about an hour…But my container was quite high… so adjust accordingly… 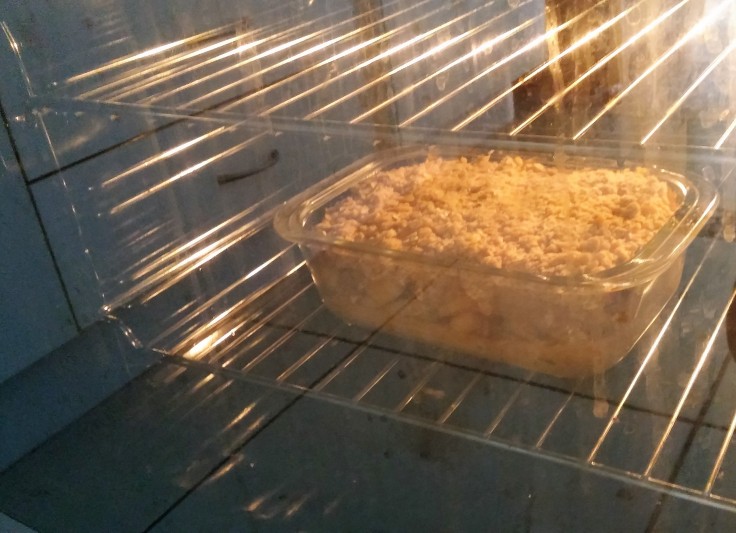 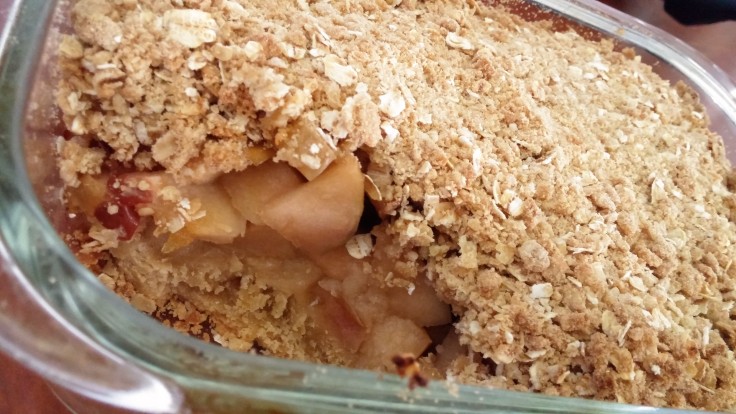 This whole attempt of dessert was a lot more successful than my last attempt at dessert, in my opinion. I was supposed to have made Chocolate Chip cookies, instead, I’m pretty sure I made Baking Soda Cookies.

…nobody wants to eat Baking Soda cookies. Except apparently Mr. Kizzle… There were twelve of them. This is what’s left of them today:

I cannot find the emojis necessary to express my state of confusion on this matter. NOBODY should like Baking Soda Cookies that much. NOBODY.

On a side note, I have a useful tip for everyone. Make sure you wear your oven mitts when using the oven. As AFizzle is aware, this was a not a normal practice in our home. Oven mitts are not actually heat proof and instead need to be stuffed with more cloth and still need to be double layered and not actually worn.

When I was painstakingly trying to avoid being burnt whilst holding the oven mitts instead of wearing them, I was struggling to pick up the food from the oven. (I mean fruitlessly pushing the food around trying to pick it up.) I received a somewhat befuddled and perhaps slightly exasperated look from Mr. Kizzle and a gentle suggestion that I should attempt to wear the oven mitts.

AFizzle, I suggest it may be worth investing in oven mitts that actually work. Everything oven-related seemed a lot easier afterwards…