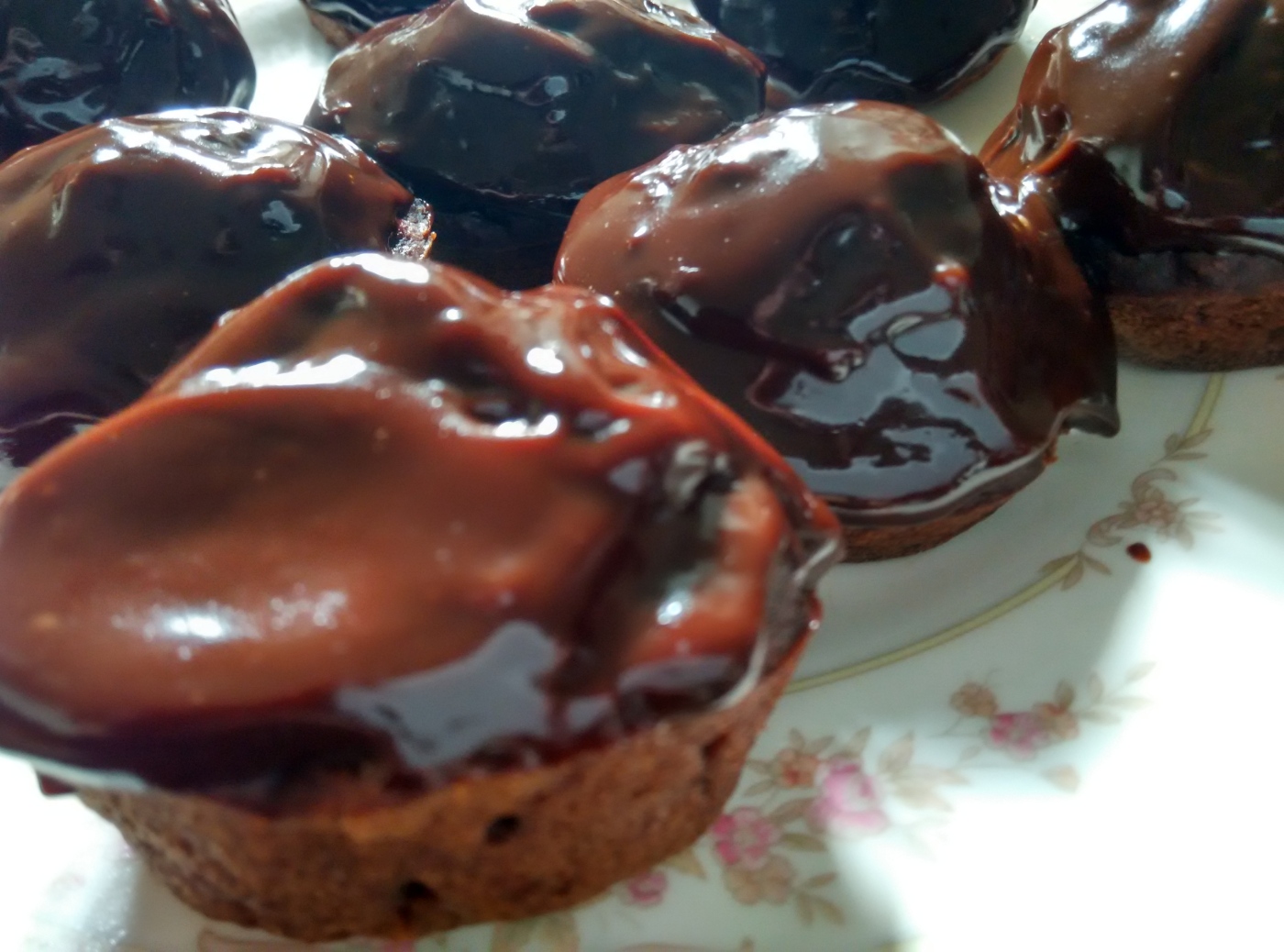 This was kind of an accident. Not the vegan part though – that was quite intentional. I was trying to bake a birthday treat for a vegan friend and I set out to make chocolate cookies. In fact, I set out to make Vegan Salted Date Caramel Chocolate Cookies from Jar of Lemons.

A series of mistakes led to quite a different result. However it seems they were still enjoyed, therefore they were deemed bloggable.

So this is based on what I did:

I was very very sad when they were finished because they were not sweet enough to be cupcakes. Fortunately, the vegan life isn’t as tough as I thought. I found a vegan icing recipe on Group Recipes – it’s basically chocolate sauce.

It also wasn’t very sweet but lovely and chocolatey.

I halved the recipe:

And you can put this on anything, or just eat it. Chocolate is good for the soul.