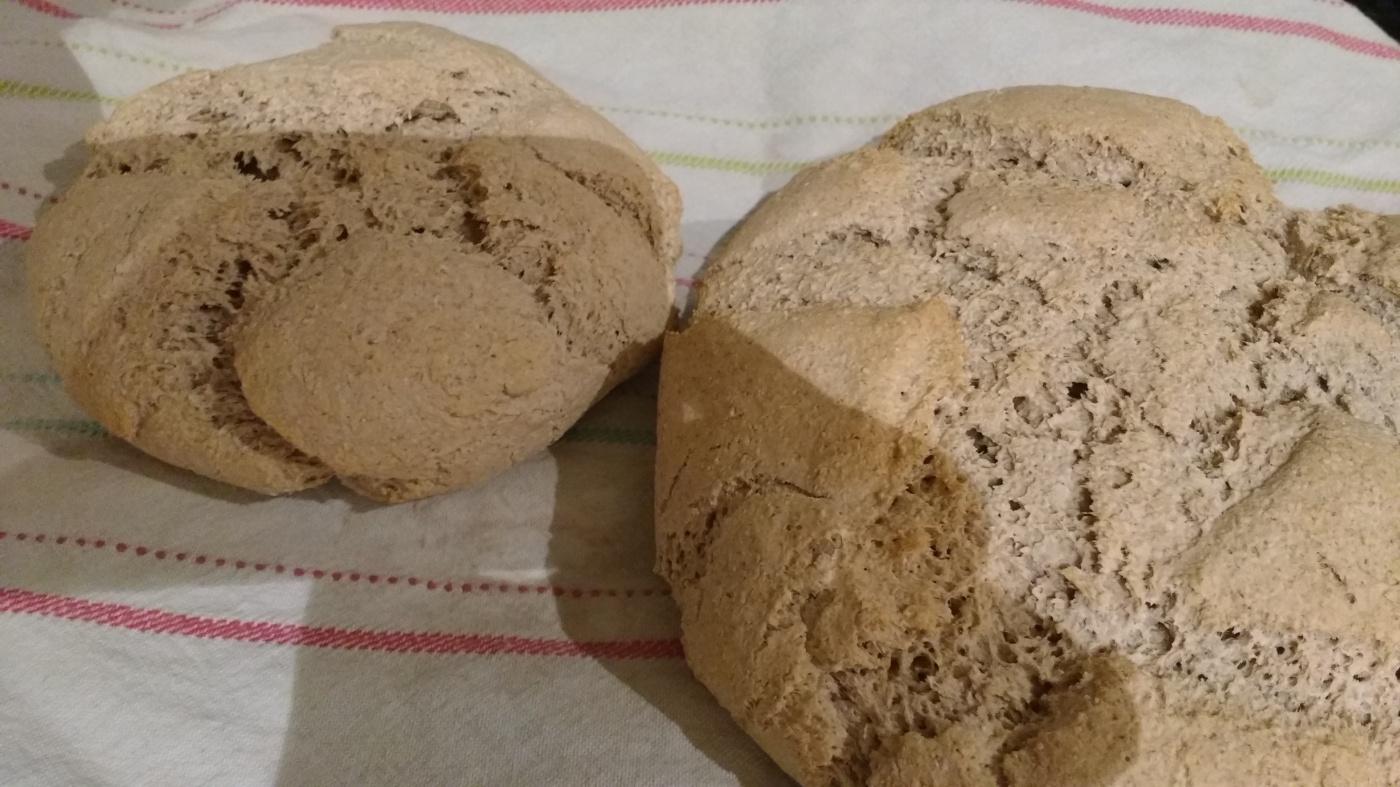 It all started with terrible gut problems and a desperate search for gut friendly foods. And then I stumbled upon barley. I did a lot of experimenting before I finally ended up with this recipe. It was a long hard process, involving occasional production of bread that had rocklike properties. (I am sure Bfizzle would not agree with such a statement, but he was not present to examine it.)

Alhamdulillah after all that we now have barley bread almost every day. It isn’t wheat free, as a wheat free barley bread wasn’t quite palatable. But it seems to make a big difference to the most sensitive gut in our house. It has a slightly nutty flavour and is deliciously yummy with lots of butter. It’s great for a couple of days wrapped up in a tea towel. After that it starts going a bit dry. But it can be easily saved by soaking the leftovers in some milk and eggs and turning it into a bread pudding.

This bread could be be made with barley flour, but part of my experimentation involved buying 25kg of wholemeal barley flour-before I read that wholemeal flour can actually go bad. I kept the bag right in front of my oven and within a week, the flour was bitter and bread made with it was terrible. (We made great playdough with that flour, although it did smell funny) I then found that the closest thing to wholemeal barley I could find was pot barley and grains don’t go bad like flour does. So I make the bread from soaked ground pot barley. Which is great, because apparently soaking grains with a bit of vinegar makes them more digestible.

Start by soaking the barley in water and add in the vinegar. The barley should be covered by about 2 cm of water. Leave to soak for about 6 hours. The grains are ready to grind when you can easily squeeze a grain between your fingers. 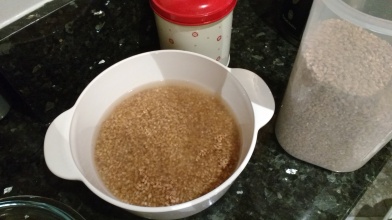 Rinse the grains well and drain. 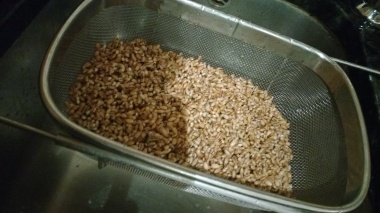 Prepare the yeast by adding the sugar and yeast to a third of a cup of warm water. Mix well and leave for 15 mins. When you see foam formed at the top, the yeast is ready. Whisk before using.

In the meantime, grind the grains in the food processor with the salt and butter. When the grains start forming into a rough dough, they are ready for the next step.

Add in the flour and pulse until well mixed.

Add the yeast when it is ready and pulse. Add more water if necessary, but careful not to add too much water. Keep pulsing until the dough does not stick to your finger when you poke it gently. 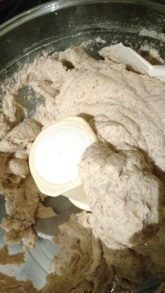 Turn the dough into a big bowl. Shape half of it into a ball and place it on a baking tray covered in foil. Make 2 light slits on top. The other half can be shaped into another ball or left in the fridge for later use. Leave the bread to rise in a warm place for 4-6 hours. The dough will rise then fall and spread. If you cook it too early, the bread will be quite doughy inside.

Bakeat 200 C for 30 mins. When done, the bread will sound hollow when tapped.

One thought on “Barley bread”