I was feeling very brown yesterday so I thought I’d cook some ‘proper’ food. I’ve done the calculations, and we’re AT LEAST 3/8s Indian. I know some of you Fizzles have trouble with this whole mathematics concept (even though brown people came up with our numeral system) so I’ll break it down for you. That’s almost one half. As in, almost a whole parent. Almost one out of two parents.

Here I made you a diagram: 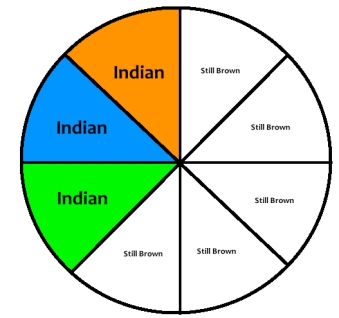 As a direct result of the above diagram I made dosa yesterday. And Punjabi mutton curry. And Coconut Chutney. I also broke into some Bollywood moves in the kitchen because that’s how brown I was feeling. SFizzle can attest to this however she may dispute the resemblance between my artistry and those of our sub continental comrades. (Naturally one of us is more talented)

Obviously though I couldn’t just find a normal dosa recipe. The oats would be sad then. So I discovered – wait for it – oat flour dosa 😎  I followed a recipe from Sharmi’s Passions almost exactly, and it was pretty obvious from my results that I’m going to need some practice before I proclaim my success.

Also I skipped the chilli because I’m not brown enough to handle it.

So it actually turned out ok for a first-time-ever dosa. They were a bit thick and some broke and there wasn’t enough salt (we don’t all have izzlets to taste test during Ramadan) but it actually wasn’t bad. Especially with everything else.

So when I think dosa I think of that white curry you have with it outside that I love. Except it’s always too spicy. Anyway I found out the white thing is coconut. I don’t even like coconut. But coconut chutney ≠ coconut. So I used the chutney recipe from Manu’s Menu and again I did everything but the chilli part. 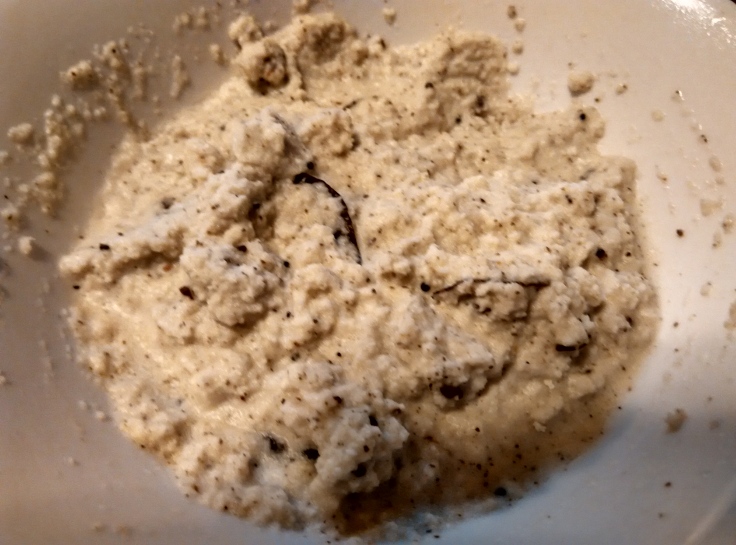 But you know what was amazing? This Punjabi Mutton Curry recipe from Sify Bawarchi.

I followed it almost to a t.I forgot the coriander leaves, ignored the chilli, used cinnamon bark instead of cinnamon sticks (is there a difference?), put extra garlic paste and kept cooking it for ages after the pressure cooker (I wouldn’t have but SFizzle came to my rescue. In a cape*). The beautiful result:

One thought on “Oat Dosa”